During a research cruise off the coast of New Zealand, a team led by LMU geobiologist Gert Wörheide discovered six new species of glass sponge.

The aphotic deep sea of the Earth’s oceans constitutes a unique environment. Although this habitat is of immense importance for ocean health and vital for the planet’s important biogeochemical cycles, its biodiversity is, to a large extent, undocumented and poorly understood. To help close this knowledge gap, in early 2017 the German research vessel Sonne departed from Auckland (New Zealand) on a deep-sea expedition. The main high-tech tool on board was the “remotely operated vehicle” (ROV) KIEL6000, a robotic diving device. Developed at the GEOMAR Institute in Kiel, it is designed to explore the oceans to depths of up to 6000 meters. The aim of the Sonne expedition was to explore the benthic fauna, i.e. the animals that live on the seafloor, in the deep sea off the New Zealand coast. More specifically, the focus of the cruise was to document the biodiversity of sponges and corals, with the aim to discover unknown species and learn more about the natural products they contain, as well as the micro-organisms associated with them. 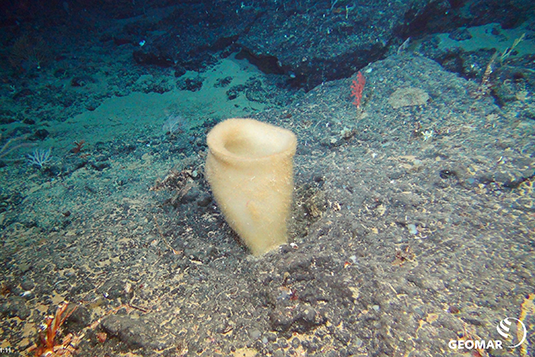 LMU geobiologist Professor Gert Wörheideand Oldenburg University’s Professor Peter Schupp led the research cruise, and Wörheide and his colleagues have now published the initial results of their endeavors: six new sponge species including a new genus, and two species that had not previously been found in the waters around New Zealand. “The expedition was a great success,” says Wörheide, “for the finds almost double the number of species of the sponge family Rossellidae found off New Zealand from nine species in five genera to 17 species representing eight genera.”

Wörheide also emphasizes the importance of their deep-sea biodiversity research. “Our expedition discovered that the deep sea off the coast of New Zealand is considerably more species rich than previously known. In the context of plans to expand deep-sea mining and deep-sea fishing, these findings provide an important set of data that can aid efforts to protect these very special habitats.”

A sponge made of glass

“The expedition was a very intense experience,” Wörheide adds. “With 45 researchers aboard, the cruise on the Sonne lasted for 31 days, and during this period I only once saw a ship in the distance. The unspoiled character of nature was fascinating.” As a geobiologist in the Department of Earth and Environmental Sciences and the GeoBio-Center at LMU, he studies the very early stages of the evolution of animals on Earth, mainly focusing on the unique communities of invertebrates that have existed in the depths of the oceans for more than 550 million years. To trace the course of their evolution, he and his colleagues make use of molecular biological methods to reconstruct the family tree of these organisms. Their results strongly suggest that sponges are among the oldest of all animal groups. 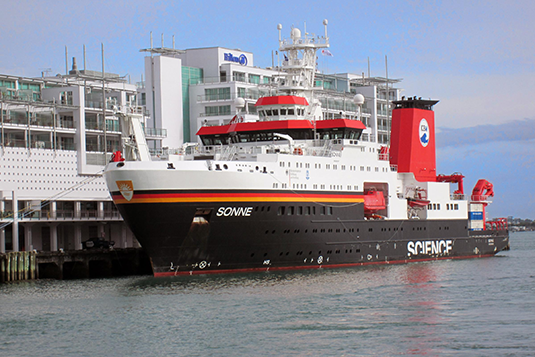 With the aid of their remotely operated diving vehicle, the researchers collected over 200 specimens of sponges from the sea floor down to 4800 m depth during the Sonne expedition. Among them were representatives of the Rossellidae, a family of glass sponges (Hexactinellida). As the term suggests, the skeletons of these sponges are primarily made of silica – in other words, glass. Indeed, their thin, filament-like silica spicules are often virtually transparent. The oldest specimens of this group of sponges first appear in the fossil record in the Early Cambrian, about 535 million years ago. They were once much more widely distributed, and why they now essentially are restricted to the abyssal depths of the oceans is still disputed.

The six previously undescribed species discovered off New Zealand could be attributed to the Rossellidae family, and for two of them a new genus had to be erected. Species and genera of glass sponges have traditionally been differentiated mainly on the basis of the morphology of their spicules. In the current research, the specimens were classified by taxonomists from New Zealand and Canada, following an initial systematic assignment based on DNA analyses carried out by Dr. Martin Dohrmann, a post-doc in Wörheide’s laboratory. This work led, for instance, to the definition of the new genus – named Nubes – which is endemic to New Zealand waters.

Regrettably, the world's leading taxonomic specialist on glass sponges, Dr. Henry Reiswig (University of Victoria, Canada), passed away at the age of 83 during the investigations. He was primarily in charge of the species descriptions in the current publication, which his co-authors have dedicated to his memory.